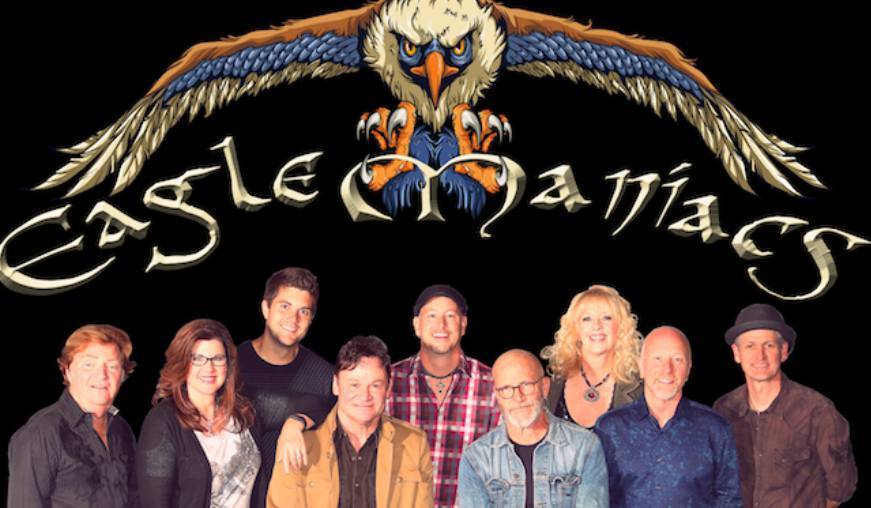 The new performing arts center in Heard County has signed its second act for the three concert series it plans to open with in early 2022. On February 11, 2022 (Valentine’s weekend), the Eaglemaniacs will perform a live show at the GPAC in Franklin. “While looking for entertainers, we kept hearing about this group of Nashville touring and studio musicians who perform a handful of Eagles tribute concerts a year,” stated Heard County School Superintendent Rodney Kay. “When we got our hands on a copy of one of their sets, we knew we needed to sign this group.”

When Glenn Frey passed away in January 2016, it ended the most successful collaboration in American music history. The Eagles, formed by Frey and Don Henley in the early 1970’s, have sold more albums and had more hits than any American group in history. “Hotel California”, “Life in the Fast Lane”, “Desperado”, “Take It Easy”, “Lyin’ Eyes”, “Best of My Love”, and “Heartache Tonight” are just a handful of their dozens of chart topping songs. “When we were tasked with finding entertainment for a concert series at the GPAC in Heard County, we knew we were looking for entertainment that would be popular with multiple generations and across numerous genres,” claimed GPAC Coordinator Paul Mixon. “Whether you like country or classic rock music, or whether you are thirty or seventy, you probably enjoy the Eagles.”

Based out of Nashville, the Eaglemaniacs is a nine person band made up of some of the top touring and studio musicians in the country. Band leader and lead guitarist Tom Hemby has recorded with artists such as Kenny Loggins, Willie Nelson, Amy Grant, Donna Summer, Vince Gill, Faith Hill, Wynonna Judd, Rob Thomas of Matchbox 20, Glen Campbell, Charlie Daniels, and Garth Brooks. Additionally, he has toured with Chaka Kahn, Edwin McCain, Amy Grant, The Judds, Trisha Yearwood, Tanya Tucker, Montgomery Gentry, George Strait, as well as many others.

Ultimately, each member of the Eaglemaniacs, which also includes vocalist Bonnie Keen, keyboardist Larry Hall, guitarist Jonathan Crone, lead vocalist and guitarist Ron Hemby, and keyboardist and vocalist Scott Sheriff, has a resume that includes everything from winning Grammy Awards to playing with some of the biggest names in the recording industry. “What you get with the Eaglemaniacs is the best musicians playing some of the best songs ever written,” said Mixon. “It should be a night to remember.”

Of course the entire concert series would not be possible if not for the growing number of sponsors. Already, Hayes Computer Service, Sales by Suellen & Company, and LaGrange Toyota have agreed to be three of the Title Sponsors. Additionally, Benji Hyatt and Julie Pope, the Bank of OZK, Harper Realty, Janney Custom Homes, L.L. Rogers and Son, Mark Barber Painting, Turner Farms, and Shield Lockdown System have already joined in as Platinum Sponsors. “For this dream to become a reality, we are going to need more sponsors to step forward to help offset some of the cost of the high quality entertainment,” added Kay. “School system funds are not permitted to be used for this endeavor. Therefore, we have to turn to private donors to get this thing rolling.”