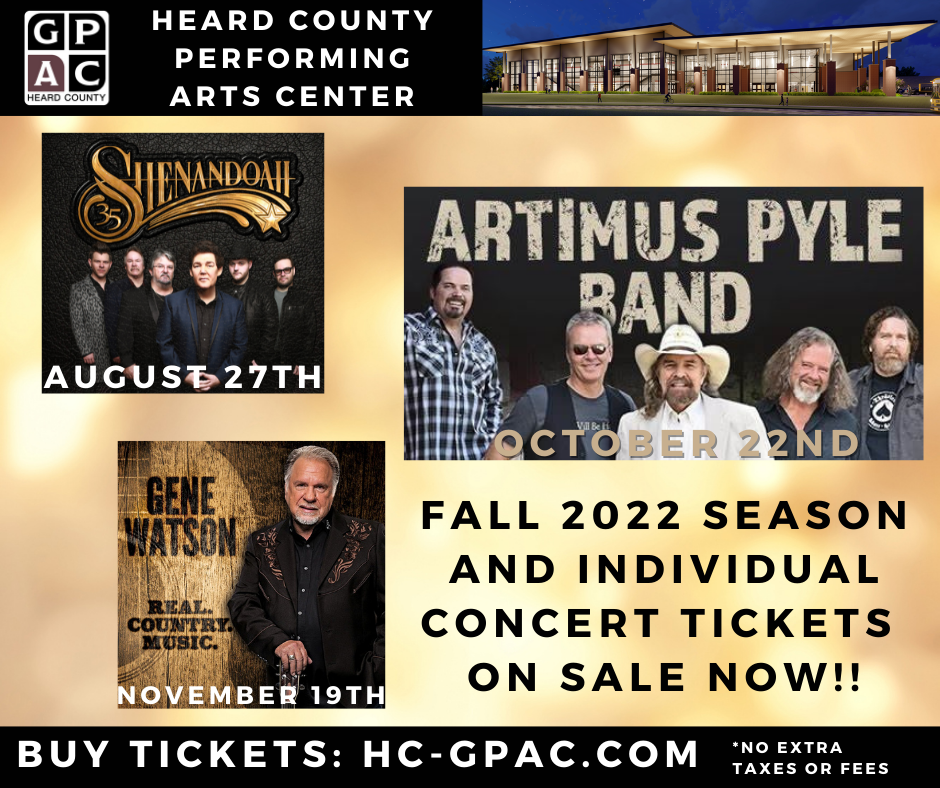 We have an exciting Fall lineup planned! Legendary country music group Shenandoah will be performing on August 27 to open our Fall Concert Series! They hold thirteen #1 country singles. They have a Grammy for best country performance and received the ACM vocal group of the year. Their airplay audience is 12.5 billion and they have 1.5 million monthly streams. In October, we will host Artimus Pyle and his band for a Lynyrd Skynyrd show! Elected to the Rock and Roll Hall of Fame in 2006, Artimus Pyle was one of the few members of Lynyrd Skynyrd who survived the airplane crash in 1977. Grand Ole Opry legend Gene Watson will hit the stage at the GPAC on November 19! Watson has 34 studio albums, 23 top ten hits, and 6 number one hits!